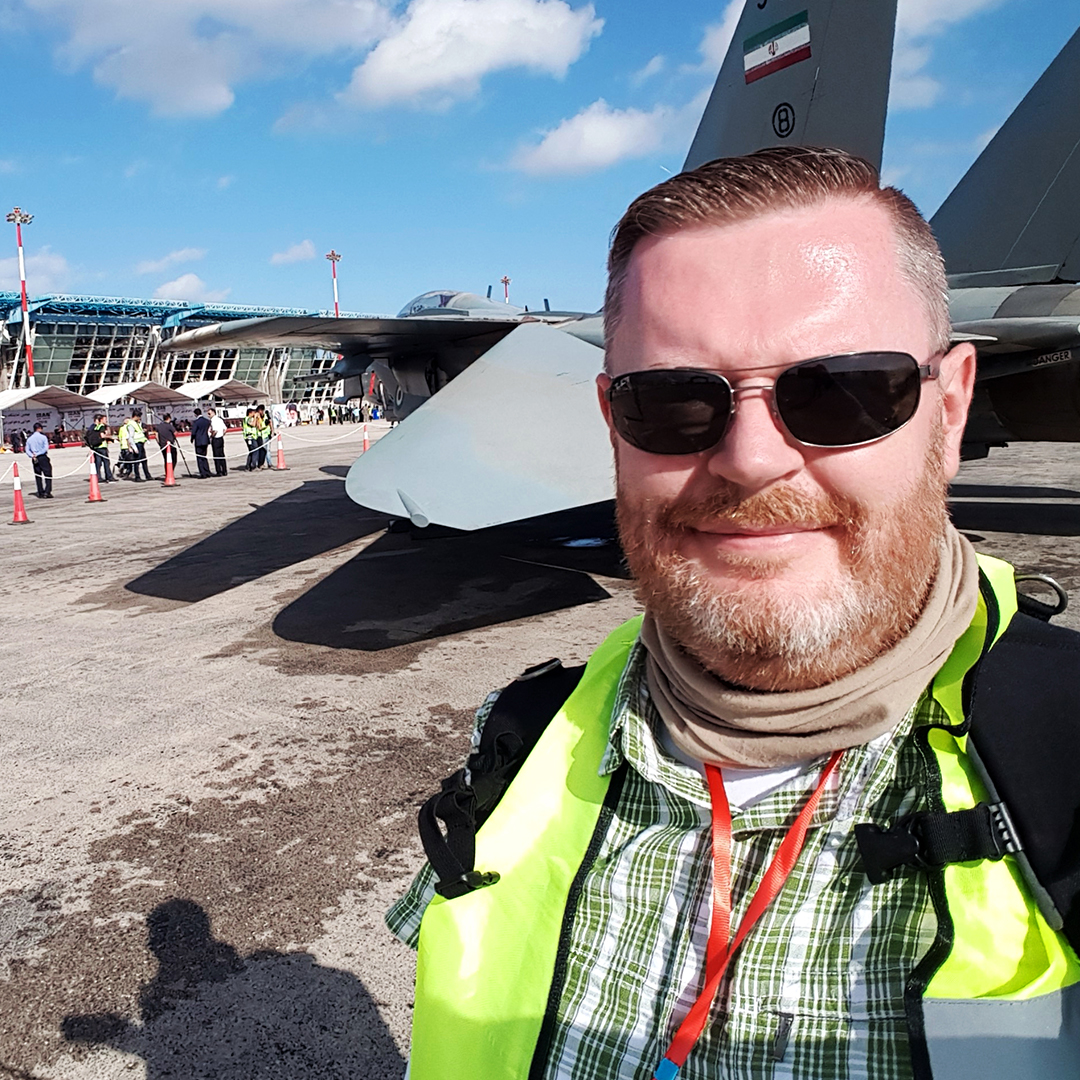 Frank lives in Galway, Ireland, and he first discovered aviation when he saw an Irish Air Corps flypast performed by three Fouga Magisters at the opening ceremony of a Scout Jamboree way back in 1985. He always had an interest in photography up to that point, and a few years when he attended his first air show he discovered that you could mix photography AND aviation, so the rest, as they say, is history.

Since those early years, he has been to over 40 countries around the world, visiting airports, airbases, exhibitions, military exercises, trade shows and of course air shows. He has stood on the side of mountains to photograph low flying military aircraft, I have visited aircraft carriers to capture naval aviation operations. He has flown with various air forces during training exercises and he has enjoyed the intimate surroundings of small private airfields watching light aircraft come and go.

In January 2004, courtesy of the Irish Air Corps, he performed his first-ever air to air photo shoot, capturing a SIAI-Marchetti SF-260WE Warrior training aircraft over the snow-capped Wicklow Mountains.

In the years since Frank has sat in the open doors of helicopters and parachute aeroplanes photographing everything from the small de Havilland Canada DHC-1 Chipmunk trainer up to World War 2 and Cold War bombers, modern fighter jets and jetliners, and most recently during a visit to Shannon Airport, the mighty Antonov An-225, the world’s largest cargo plane.

Login to www.irishairspectacular.ie
Reset Password
Enter the username or e-mail you used in your profile. A password reset link will be sent to you by email.
We use cookies on our website to give you the most relevant experience by remembering your preferences and repeat visits. By clicking “Accept All”, you consent to the use of ALL the cookies. However, you may visit "Cookie Settings" to provide a controlled consent.
Cookie SettingsAccept AllReject All
Manage consent

This website uses cookies to improve your experience while you navigate through the website. Out of these cookies, the cookies that are categorized as necessary are stored on your browser as they are essential for the working of basic functionalities of the website. We also use third-party cookies that help us analyze and understand how you use this website. These cookies will be stored in your browser only with your consent. You also have the option to opt-out of these cookies. But opting out of some of these cookies may have an effect on your browsing experience.
Necessary Always Enabled
Necessary cookies are absolutely essential for the website to function properly. These cookies ensure basic functionalities and security features of the website, anonymously.
Functional
Functional cookies help to perform certain functionalities like sharing the content of the website on social media platforms, collect feedbacks, and other third-party features.
Performance
Performance cookies are used to understand and analyze the key performance indexes of the website which helps in delivering a better user experience for the visitors.
Analytics
Analytical cookies are used to understand how visitors interact with the website. These cookies help provide information on metrics the number of visitors, bounce rate, traffic source, etc.
Advertisement
Advertisement cookies are used to provide visitors with relevant ads and marketing campaigns. These cookies track visitors across websites and collect information to provide customized ads.
Others
Other uncategorized cookies are those that are being analyzed and have not been classified into a category as yet.
SAVE & ACCEPT
Powered by